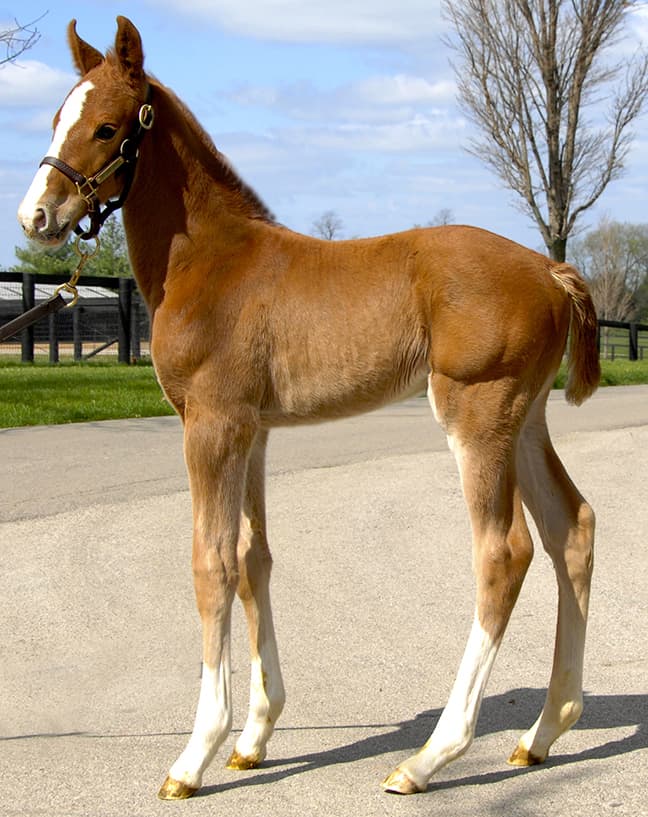 Posted at 15:00h in News by Gary Summers

Now retired from competition, King Kolibri has settled into his new role as a breeding stallion, with his first US-born foals now on the ground in 2016. Spy Coast Farm, the agent for King Kolibri’s fresh and cooled semen, welcomed the first foal, Qingpin SCF, out of their Lamerto H mare, Lilli-Marlen. They said he “is a handsome addition to our 2016 crop.” We agree! You can see him here on the SCF website.

International Grand Prix jumping stallion King Kolibri is named after his sire Kolibri and ancestor King. Kolibri, called the “Landgraf” of the East, is an important stallion in Eastern Europe where he sired many respectable show jumpers. King Kolibri’s dam, Atletica, won the final of the Toscana Tour for 7 year olds and participated at the European Championships in 2007. Atletica’s sire Libero H, is considered to be the most influential stallion of the past decade in both show jumping and breeding. He received the “Preferent Stallion” award from 25% of his offspring competing at international levels.

King Kolibri followed in the footsteps of his parents; he was described as a noble, elastic stallion with great potential for showjumping in Hannover. In the beginning of his career, Jos Lansink successfully piloted the stallion around many Grand Prix rings. In 2011 he had top results including 6th place in the CSI5* Prix Europa in Aachen, 7th in the CSI5* Dublin Grand Prix, 3rd in the CSI5* 1.50m in St Gallen, and 10th in the 1.45m CSI5* in Rome.

As a breeding stallion, King Kolibri has over 30 offspring in Europe. Bjorn H, a 2006 stallion by King Kolibri is currently showing successfully in the 1.35 – 1.40m level competitions. The 2006 stallion King Julio, being ridden by Jos Lansink,  is competing in the 1.40m classes and qualified for the World Breeding Finals in Lanaken two years in a row. Overall, King Kolibri is proving to be both a top competitor as well as a top producing stallion.