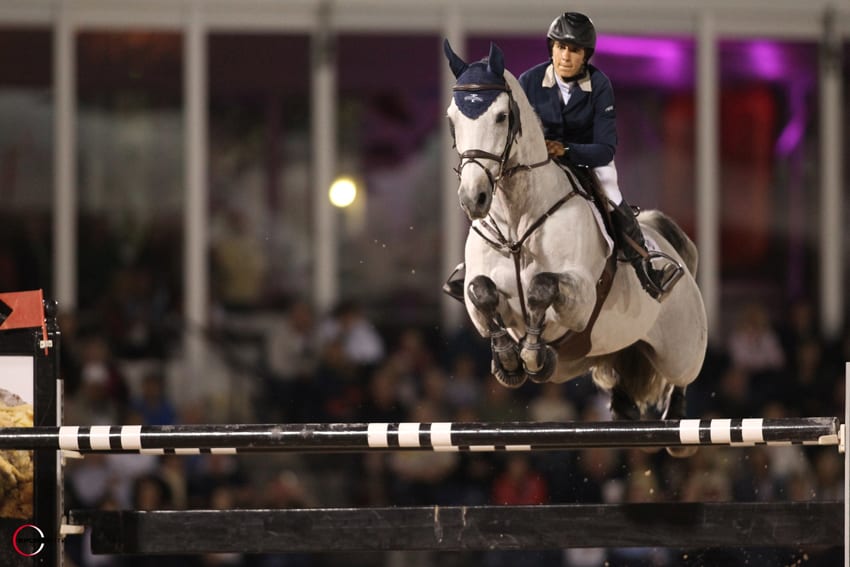 October 19, 2011; Wellington, FL – The Grand Prix jumping stallion King Kolibri, a 2002 grey Hannoverian, has been sold to Lauren Tisbo and Tequestrian Farms LLC. King Kolibri earned a reputation in his early career in Hannover for being a noble and elastic stallion. His sale comes after his solid performance at the Grand Prix level with Belgian rider Jos Lansink.

King Kolibri, originally co-owned by Jos Lansink and Herman Seiger, will make the crossing over the Atlantic to Tequestrian Farms LLC, where he is set to continue his show jumping career with Lauren Tisbo.

King Kolibri’s jumping performance led him to becoming Lansink’s second horse. He has come sixth in Aachen (Germany), seventh in Dublin (Ireland) and fourth at the Belgian championship.